On this intriguing 4 day itinerary, you can immerse yourself in ancient secret, long burial in desert sands while enjoying the welcoming culture of Egypt as you explore with Journey to Egypt. Your journey begins in Aswan and serene Philae temple and set out for Abu Simbel to admire the great temple of Ramesse II. A picturesque voyage along the Nile River brings you to Kom Ombo and Edfu city, where you’ll visit the temple of Hours, It’s one of Egypt best preserved temples. Luxor is next, satisfy your curiosity at the great temples of Luxor, Karnak and remarkable Valley of the Kings, here you’ll enjoy privileged access to the tombs of the Pharaohs, and exquisite preserved site.

Cruises Schedule: Every Friday Or Monday Or Wednesday

Arrive Aswan Airport, Where you are met by your Journey to Egypt Tour Guide [At EXIT DOOR, holding a sign with your name] and begin your day of exploring by visiting the majestic Temple of Philae. Ride a motorized boat to the island of Agilika. This sacred complex was dedicated to the goddess Isis and reflects a fusion of three great civilizations — Egyptian, Greek and Roman. The temple was dismantled and then painstakingly reassembled when the Aswan High Dam was constructed. Proceed to the granite quarries and site of the Unfinished Obelisk. Illustrating the skills of Egypt’s stonemasons, this monolith is one-third taller than any other ancient Egyptian obelisk. Then, Board your Nile cruise boat. Enjoy lunch. Later, Ride Like a Local around the Aswan Islands in a felucca, while enjoying a refreshing Scenic Sundowner.

Early morning, make your way to Abu Simbel temple by private vehicle [3 hrs each way by road] And discover Abu Simbel, the commanding twin temples of Ramses II and his wife, Queen Nefertari. The former’s façade is dominated by four 70-foot-tall statues of the pharaoh. Perhaps even more impressive, this entire site was disassembled and moved here to save it from the floodwaters caused by the Aswan High Dam.

Cruise to Kom Ombo. Disembark at Kom Ombo (hill of gold) to visit the Greco- Roman temple dedicated to Haroeris (the sun god) and Sobek (the crocodile god), whom some ancient Egyptians considered the creator of the world. View the mummified remains of several crocodiles that once basked along the ancient Nile shore, just as their descendants do today. Back on board, Cruise to Edfu.

Today, view the Temple of Horus, falcon-headed god of the sky. Built in 230 BC by Ptolemy III, this amazingly well-preserved and colorful structure reveals what temple worship in ancient Egypt was like. Back on board, Cruise to Luxor.

Arrive in Luxor, journey to the east bank of the Nile, the Temple of Karnak, where generations of pharaohs wished to record their names. Walk through the Great Hypostyle Hall, strolling among its expertly aligned columns, which soar to 80 feet high. Continue to the striking Temple of Luxor. View the three large statues of Ramses II along the front of the temple pylons; the Courtyard of Ramses II; and the Colonnade of Amenhotep III, with its 50-foot-high columns. Walk in their shadows as visitors have done since antiquity and ponder the astonishing feats of engineering it took to create them.

DAY 4: DISEMBARK IN LUXOR | VALLEY OF THE KINGS

This morning, explore the west bank of the Nile River and the Necropolis of Thebes, and view the Colossi of Memnon. Next, arrive at the architecturally stunning Temple of Hatshepsut, ancient Egypt’s first female pharaoh and regarded today as one of its most successful. Continue to the Valley of the Kings, burial ground of the pharaohs and a UNESCO World Heritage Site. For a period of 500 years beginning in the 16th century BC, tombs were built along this valley for pharaohs and nobles, including that of “the boy king,” Tutankhamun. Enter the tomb of Tutankhamun [Extra Ticket] - found in 1922 by British archaeologist and Egyptologist Howard Carter- to discover the secrets of this storied chamber.

Transfer to the Luxor airport.

This journey is guaranteed to operate with just two guests.

Nile Cruises hand selected by Journey to Egypt for an unmatched experience.

The Nile cruise can be taken on any of three categories: 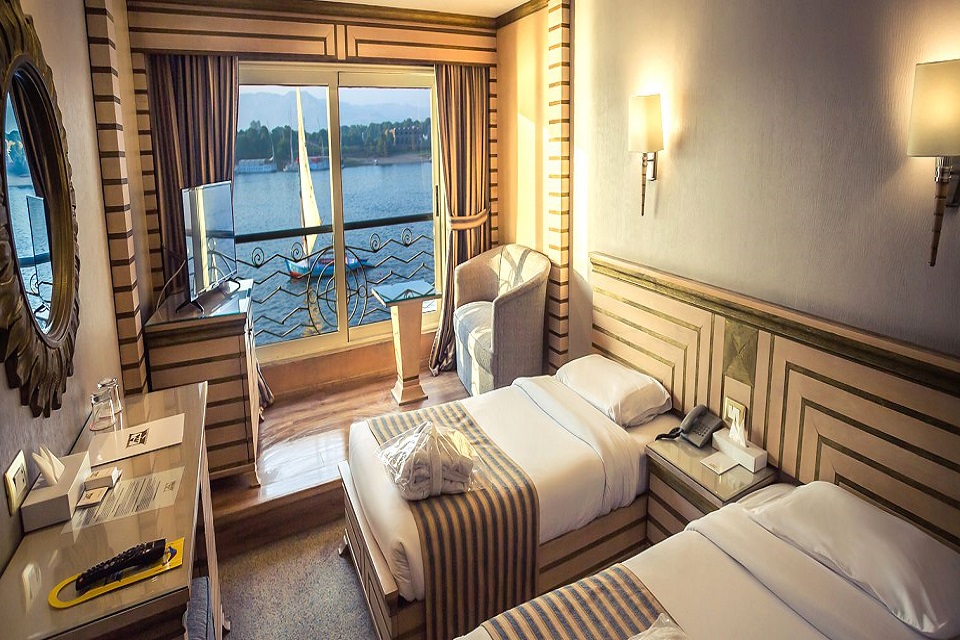 $630 Per Person in Double Occupancy.
$755 Per Single Person in Single Occupancy.
$315 Per Child from 6 to 11 years sharing parent's cabin.
Child under 5 Years free of charge. 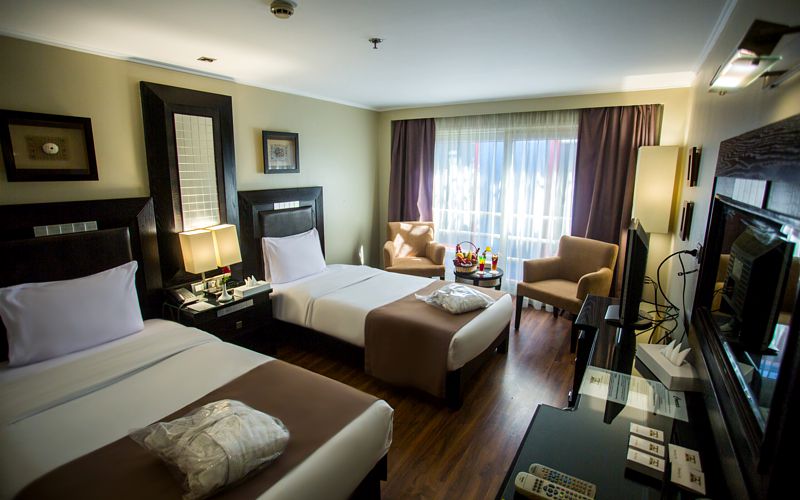 $720 Per Person in Double Occupancy.
$870 Per Single Person in Single Occupancy.
$360 Per Child from 6 to 11 years sharing parent's cabin.
Child under 5 Years free of charge. 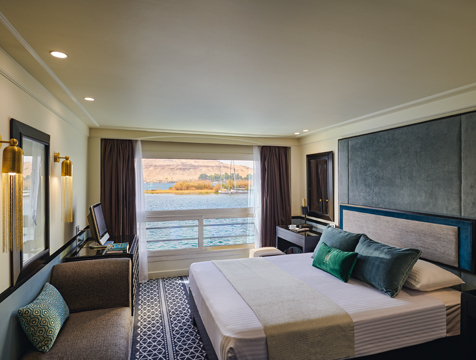 PRICES
$945 Per Person in Double Occupancy.
$1290 Per Single Person in Single Occupancy.
$470 Per Child from 6 to 11 years sharing parent's cabin.
Child under 5 Years free of charge.

Prices are quoted in US Dollars per person per trip, Except during Christmas, New Year & Easter holidays.

The specific boat will be assigned a week before the activity begins.

All of these boats offer comfort and are a good option to make the most of the cruise. If you're looking for a more luxurious option we recommend the luxury cruises, their rooms, service and food have that extra special touch.

Free! If you cancel at least 07 days in advance of the scheduled departure, there is no cancellation fee. If you cancel under this time or do not show up, you will not be refunded.

From 20th December to 2nd January (Christmas), and the 28th of March to the 17th of April 2022 (Easter), refunds will not be available in the event of cancellation.

Q- When to book? A- Book now to guarantee your spot. Q- How to book? A -To reserve the activity, Choose The Date, Choose The Cruise Category and complete the form on this page. You will receive your confirmation immediately.

* Photo copies of your passports.

* Photo copies of your Domestic Flights.