A Luxury Vacation in Egypt, Cairo and the Nile: The Holiday of Kings

A Luxury Vacation in Egypt, Cairo and the Nile: The Holiday of Kings

Imagine a luxury vacation in Egypt, from the Nile to the Pyramids, from Cairo to the Valley of the Kings; there can be few places on earth with a history and culture as rich, as diverse, as fascinating and as utterly mysterious as that of ancient Egypt. the celebrated boy king whose tomb was discovered in 1922 by Howard Carter and the infamous 'Curse of the mummies' was born.

Imagine a luxury vacation in Egypt, from the Nile to the Pyramids, from Cairo to the Valley of the Kings; there can be few places on earth with a history and culture as rich, as diverse, as fascinating and as utterly mysterious as that of ancient Egypt. The fact that so much of Egypt’s long and richly patterned past is still very much in evidence today is testament to the extraordinary ingenuity, determination and passion of the peoples in whose dusty footsteps we can still walk today.

The trouble with Egypt as a vacation destination is that there is just so much to see and enjoy, with so many incredible wonders, that it can be very hard to know how to fit enough into your time to see as much of this country’s heritage as possible, without spending significant chunks of your time traveling between them. For this reason, it is highly advisable to spend a little extra and book yourself a qualified guide, who will be able to help maximize your time, and ensure that you spend as much of your precious holiday time as possible enjoying the many feasts on offer.

One of the main places you will undoubtedly wish to visit is the famous city of Cairo, the capital of Egypt, and the largest city in Africa. Known as either ‘The city that never sleeps’, or ‘The city of thousand minarets’ (a minaret being a tall column with an onion shaped dome or crown), Cairo has a wealth of history to offer, whilst at the same time offering a modern vibrancy. It is also permanent home of the celebrated Tutankhamun exhibition: the celebrated boy king whose tomb was discovered in 1922 by Howard Carter and the infamous 'curse of the mummies' was born.

As well as being home to many celebrated galleries, and with the city divided into sections, including old Cairo and the Islamic borough, it is also home to two of the world’s most famous and easily recognized landmarks, quite apart from also being amongst the world’s oldest landmarks. These are, of course, the Sphinx and the Pyramids.

No holiday to Egypt could be considered complete without taking time to gaze into the eyes of the Sphinx, and gaze into thousands of years of history as you watch the sun rise above the huge, seemingly eternal pyramids.

Of course, although Cairo is home to several of these huge and mysterious structures, there are many more across the country. In fact, there are 138 known Egyptian pyramids in total, with the most famous of all being the Great Pyramid of Giza. This is the largest of them all, and at over 140 meters in height, it is hardly surprising that this structure took twenty years to complete. The pyramid at Giza was the tallest manmade structure in the world for 3,800 years – only being beaten by Lincoln Cathedral in the 16th century.

Another place which you must try to visit is Luxor, although this remarkable place is more like an open-air museum than a city. Here you will find museums, galleries, tombs, shrines, monuments and temples, all of which lead down to the River Nile alongside which the city grew up. In fact, the Nile divides the city into two, the Luxor of the east and that of the west, known as the City of the Living, and the City of the Dead respectively. This is in recognition of the sun rising on one side, and setting on the other. Even the name ‘Luxor’ is beautifully poetic in its charm – meaning ‘City of Palaces’.

Again, you will undoubtedly benefit from a guide, and possibly hired transport too, in order to appreciate the wealth of history, culture and mythology here, including the Colossi of Memnon, twin statues each 60 feet high, guarding the entrance to a temple now long gone to return to the sands from which it was born. After witnessing such triumphs, and appreciating the fine art and ingenuity displayed in the Luxor Temple, it will be time to journey on to witness another marvel of Egyptian legend – the Valley of the Kings.

The Valley of Kings, a World Heritage Site, is a monument to the legendary kings of Egypt from the period of the 15th to the 11th century BC. It was here that the rulers were buried, along with their treasures. It is astonishing, but because of the incredible scale of the area, more tombs are still being found, with three new tombs discovered since 2005. From simple tombs to labyrinthine mazes, the decorations, pictures, inscriptions and carvings make this an awe inspiring place to visit.

With one of the oldest cities in the world, Memphis, and Alexandria also nearby, a holiday in Egypt and Cairo will find you constantly astonished and awe struck. From the mighty River Nile, the life blood of Egypt, to the treasures of Cairo, this is a holiday which needs planning and organization, and if you can possibly find a good guide, your time, and your memoriesArticle Submission, will most certainly benefit.

If you are seeking a luxury Egypt vacation, you can't beat the personal service offered by JOURNEY TO EGYPT with top class accommodation, food and travel. JOURNEY TO EGYPT provides you with a luxury travel experience for a fabulous Egypt Tours and Nile Cruises. 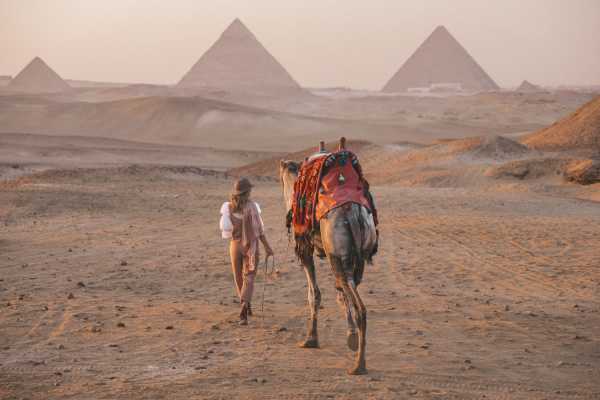 Egypt & the Nile on a Luxury Nile Cruise | 10 Days

Cruise the Nile River for four nights on a Luxury Nile Cruise, explore an ancient pyramid from the inside out, gain exclusive access to the tombs of the Pharaohs, sail the Nile in a felucca and view Cairo’s treasures. Tour Advantages Sail on a four-night Nile River cruise on a Luxury Nile Cruise. Stay at 5 Star Luxury Hotel in Cairo. Explore one of Egypt’s legendary pyramids from the inside out. Ride like a Local on camel back and sail the Nile in a felucca (sailboat). Gain entry the tomb of “the boy king,” Tutankhamun in the Valley of the Kings. Learn to bake bread and try your hand at pottery making and the art of henna painting. 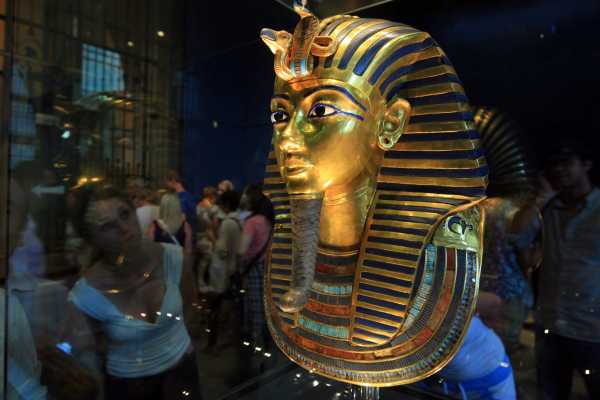 Discover the secrets of ancient Egypt on an all-ages adventure, cruising on the Nile River for four nights, riding a camel and exploring an Egyptian pyramid from the inside out. Tour Advantages Discover Egypt on a special holiday departure, including a four-night Nile cruise aboard intimate, elegant Nile Cruise. Set out on a lively treasure hunt amid the labyrinthine Khan el-Khalili Bazaar. Explore one of Egypt’s legendary pyramids from the inside out. Ride Like a Local on camel back and sail the Nile in a felucca (sailboat). Gain entry the tomb of “the boy king,” Tutankhamun in the Valley of the Kings. Learn to bake bread and try your hand at pottery making and the art of henna painting.