For more than 4000 years the ancient Egyptian civilization created some of the most enchanting and beautiful artifacts the world as ever seen that remains virtually unchanged until over current day.

The sense of artistic design was mainly affected by their profound reverence for the gods & holy pharaohs and was also used to tell the story of the elite upper class.

Egypt holds a massive trove of history which include many incredible and mysterious discoveries within the tombs and temples of the Egyptian dunes.

All the ancient Egyptian artifacts were designed to fit an absolute vision of order, perfection and symmetric imagery to showcase stories that would last forever.

Over the countless centuries, many archeologists and Egyptologists wondered across Egypt to search for the hidden heavenly treasures all across this holy country.

Many majestic artifacts have been discovered that attract travelers from all over the world which come in different shapes, functions, and sizes which can be found in the Egyptian museum such as:

- An amulet is an object in the form of a ring, necklace or a bracelet that is typically worn on one’s person who believes has the magical or miraculous power to protect its holder.

- The Ankh symbol of life held by the sun god.

- Benben stone a.k.a the pyramidion is at the top stone of the Egyptian pyramid.

- Cartonnage is a collection of Papyrus or linen soaked in plaster, shaped around a body and used for mummies masks and coffins

- Cenotaph is an empty tomb or a monument erected in honor of a person or group of people whose remains are in someplace else.

- Faience is a form of Glasswork articles, amulets, etc.

- A false door is an artistic representation of a door, a common architectural element in the tombs.

- Flail is a Symbol of pharaonic power and for the ruler of the underworld Osiris.

- The funerary cone is small cone made from clay which was placed at the entrance of the chapel of any tomb and was used almost exclusively at the Theban necropolis.

- An Imiut Fetish is a religious object used in funerary rites which is basically a stuffed, headless animal skin, often of a feline or bull, tied by the tail to a pole, terminating in a lotus bud and inserted into a stand and its origin and purpose remain unknown.

- Menat is An amulet worn around the neck and is also used as a musical instrument, a metal rattle.

- Naos is Religious shrine, a portable shrine for carrying a god.

- Ostracon is a Pottery sherd, limestone Sherd and used as writing material.

- Cosmetic Palette is a Slab of stone used for preparing cosmetics, sometimes decorated.

- Papyrus is a Material made from papyrus reeds which used as writing and painting material.

- A scarab is an amulet or seal in the form of an abstract dung beetle.

- A Senet is a famous board game

- The Pyramids are monumental structures with a square or triangular base and sloping sides which meet in a point at the top, which were built of limestone as a royal tomb in ancient Egypt plus they acted as the official slogan of Egypt for countless centuries.

- Stele is a slab of stone or wood, that comes in different shapes and sizes, usually bearing inscriptions, reliefs or paintings and there are divided into two types, Boundary Memorial and Monumental Stele. 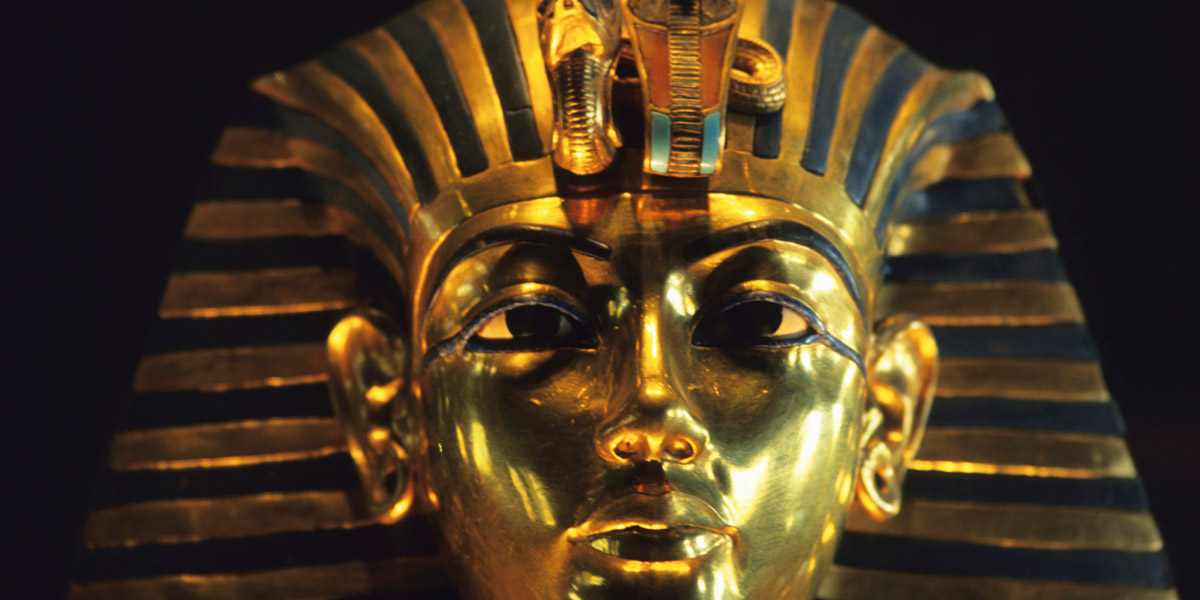 The golden mask of Tut is the most famous and admired artifacts of ancient Egypt in history and the world. It is the funerary death mask of the Egyptian pharaoh King Tutankamun (1332-1323 BC) of the 18th dynasty. The mask is made of 11kg (24p) of solid gold and is inlaid with blue glass, lapis lazuli, and various semiprecious stones. It was discovered by Howard Carter in 1922 and is viewed as a realistic portrait of the boy king, it is now located at the Egyptian Museum. 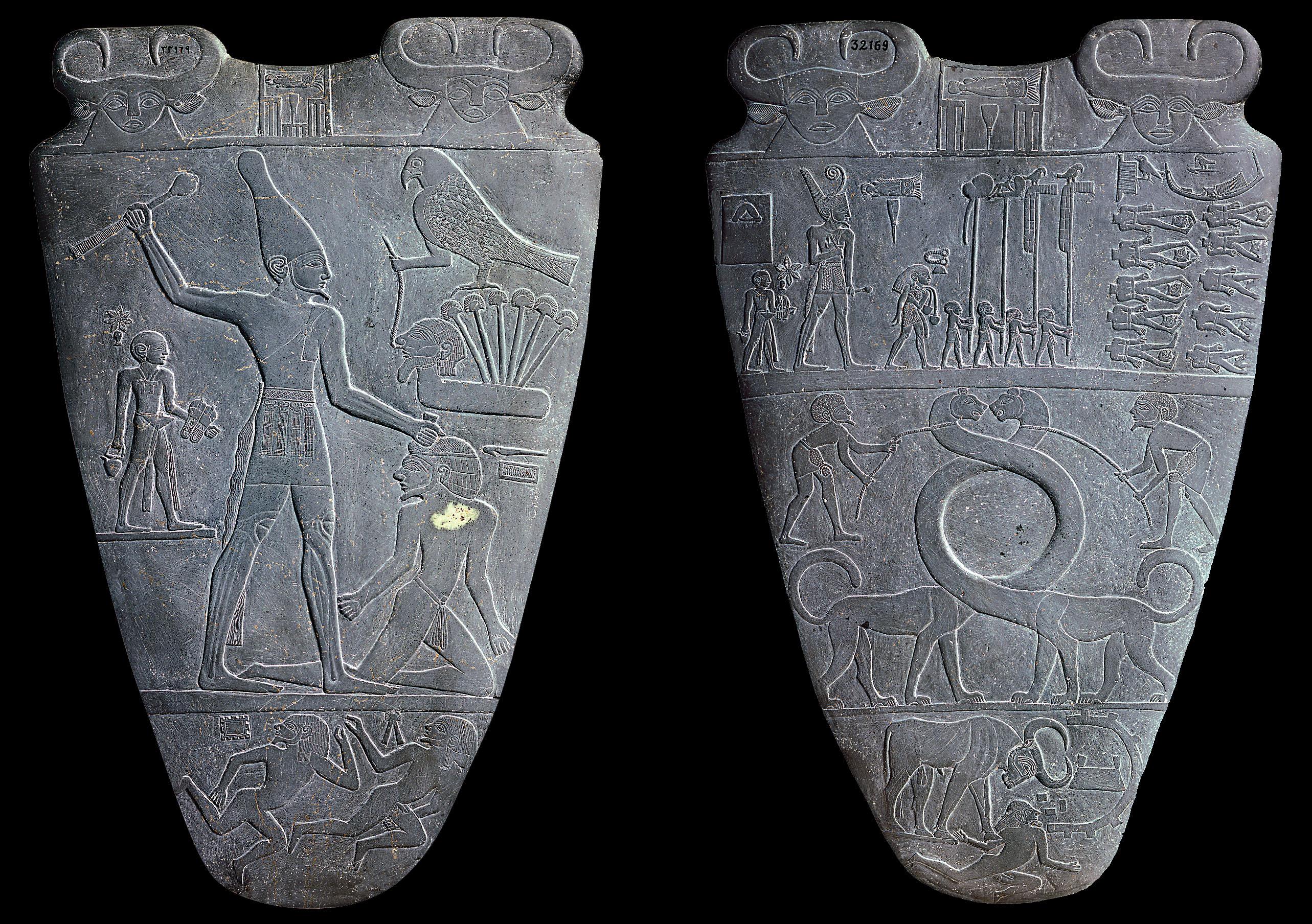 The Palette of Narmer is one of the first historical documents in the world as it dates back to the 31st century BC and holds some of the relists engravings of hieroglyphics. It is basically a 23 inch small dark green schist stone carved into a shield-shaped ceremonial tablet depicting king Narmer rise to power. It showcases Narmer winning the battle of unification of both upper and lower Egypt, it is located in the Royal Ontario Museum in Toronto, Canada.

The ancient Egyptians used the Canopic jars during the mummification process to preserve the internal organs that were removed from the dead body like the stomach, intestines, lungs, and liver as it was believed that they would be needed in the afterlife. Egyptians used Canopic jars from the time of the Egypt Kingdom to the Ptolemaic Period and they were commonly made of pottery. Each one had a lid depicted one of the four sons of Horus, as guardians of the organs. The human-headed Imsety was the guardian of the liver, the baboon-headed Hapy looked after the lungs, the jackal-headed Duamutef was responsible for the stomach, and the falcon-headed Qebehsenuef cared for the intestines. 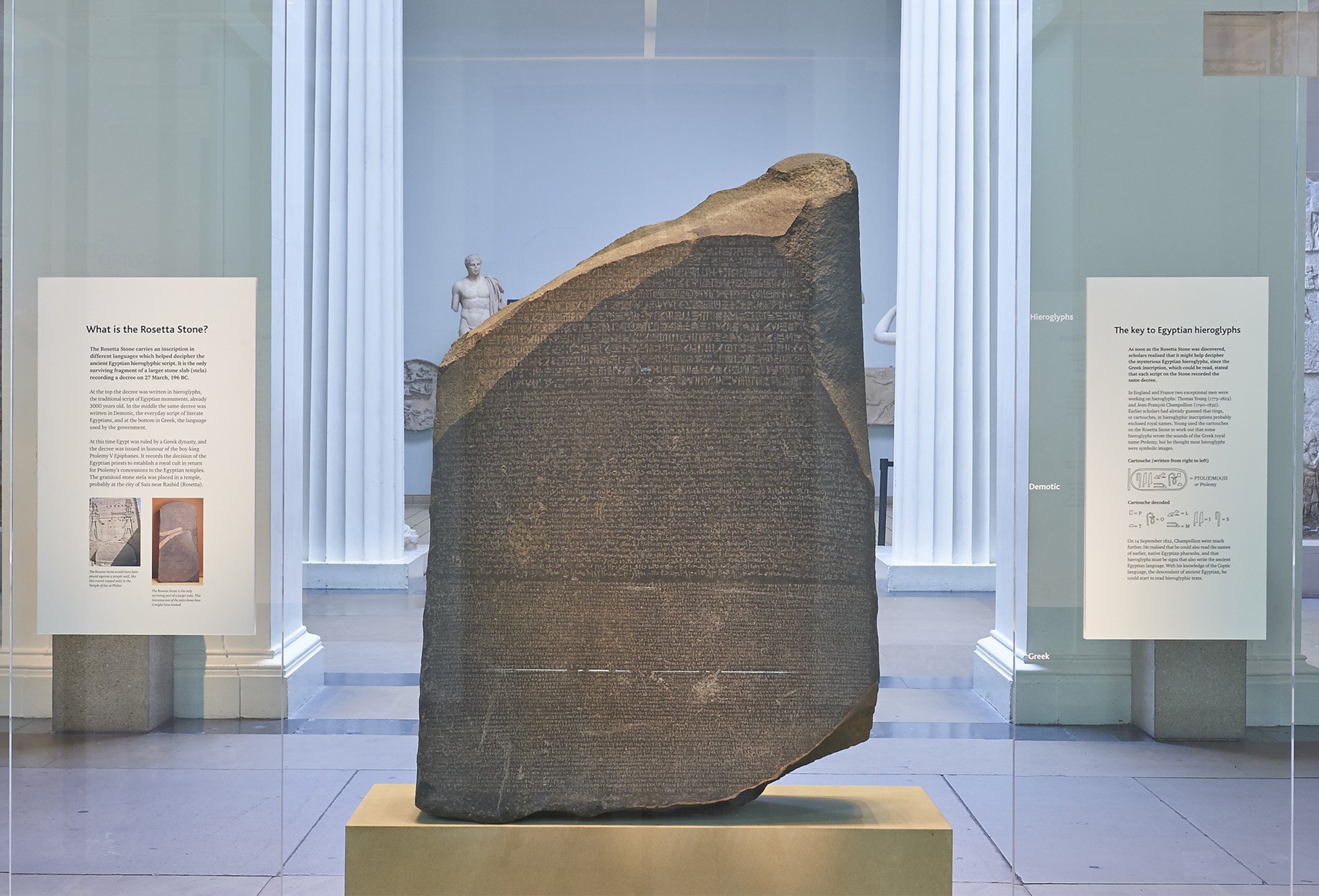 The rosetta stone is one of the ancient Egyptian artifacts that date to the time of Pharaoh Ptolemy V which showcases the law that confers the right of kingship. It is an irregularly shaped stone containing fragments of passages written in three different writing-systems greek, Egyptian hieroglyphics and Egyptian demotic in the same meaning which was instrumental in deciphering the riddle of Hieroglyphics in 1800 AD for the first time in 2000 years. It was discovered in 1799 in the town of rosetta about 35 m north of Alexandria during Napoleon Bonaparte’s Egyptian campaign by a French soldier who saw a black basalt slab inscribed with ancient writings. The rosetta stone is now located at the British Museum. 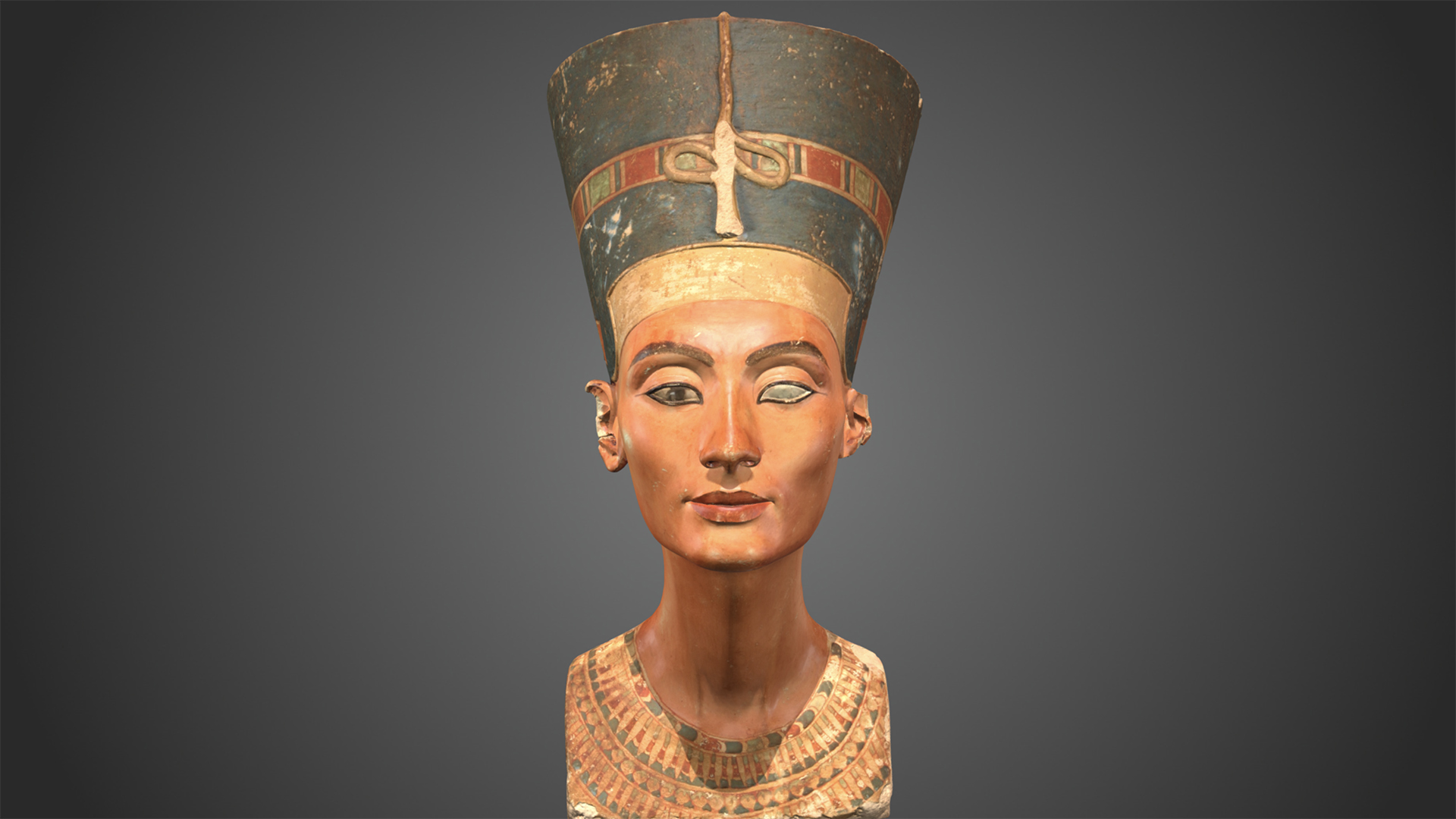 The enchanting bust of Akhenaten’s wife Nefertiti is considered to be one of the finest examples of ancient Egyptian sculpture. Nefertiti’s name means the beautiful has come, she had a major influence on religion and culture. The limestone bust is being identified as a pure depiction of the enchanting beauty due to the unique crown which she is wearing. It represents the climax of the Amarna period of art, it is located in the museum of berlin. 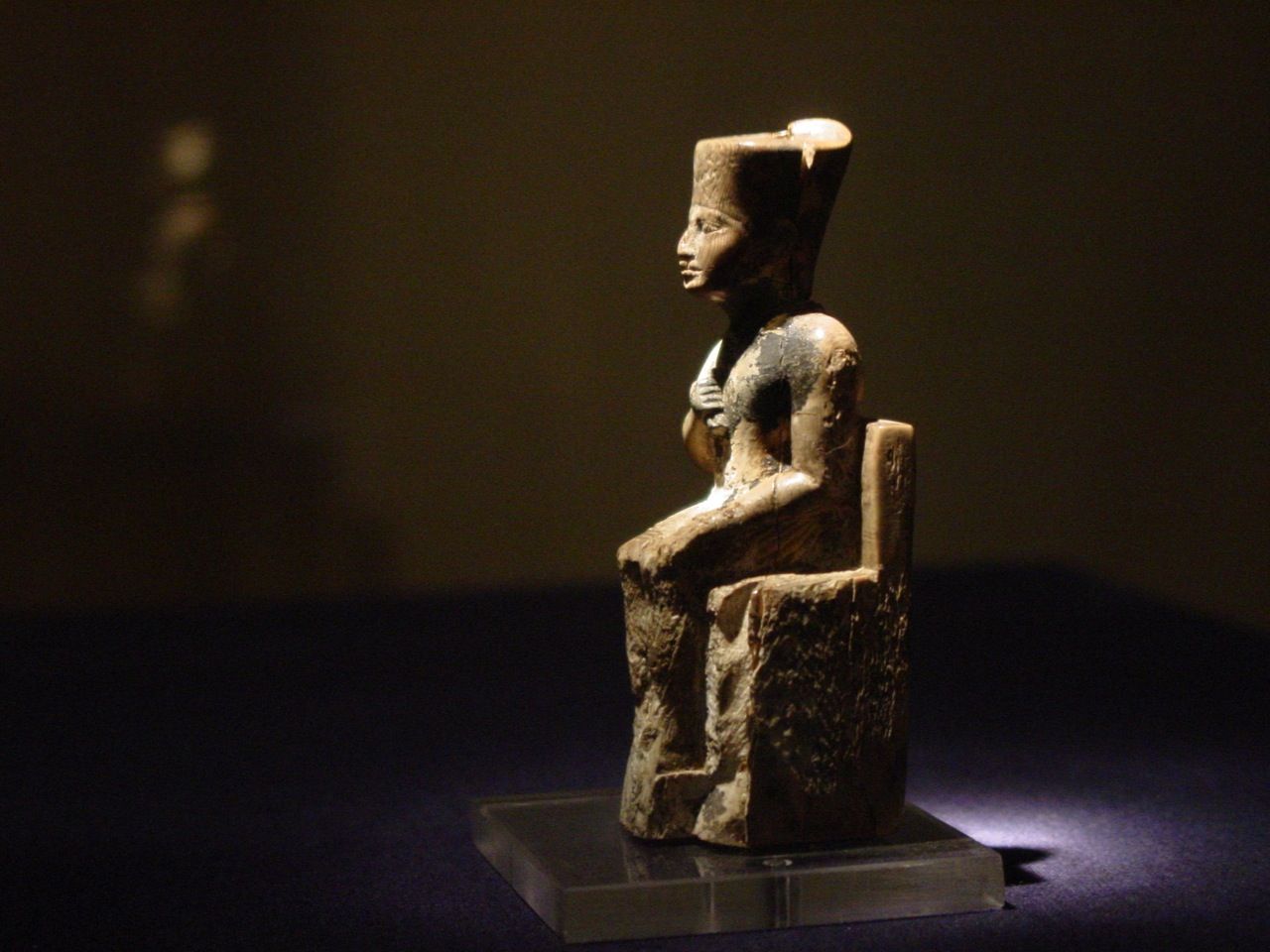 One of the smallest and rarest artifacts of ancient Egypt, the small 7.5 (3 inches) statue ivory of King Khufu (Cheops) is the only portrait discovered of him. He is the founder of the Great Pyramid of Giza, It was discovered in the ancient necropolis of Abydos in the southern corner of the temple Osiris, it is located in the Cairo museum. 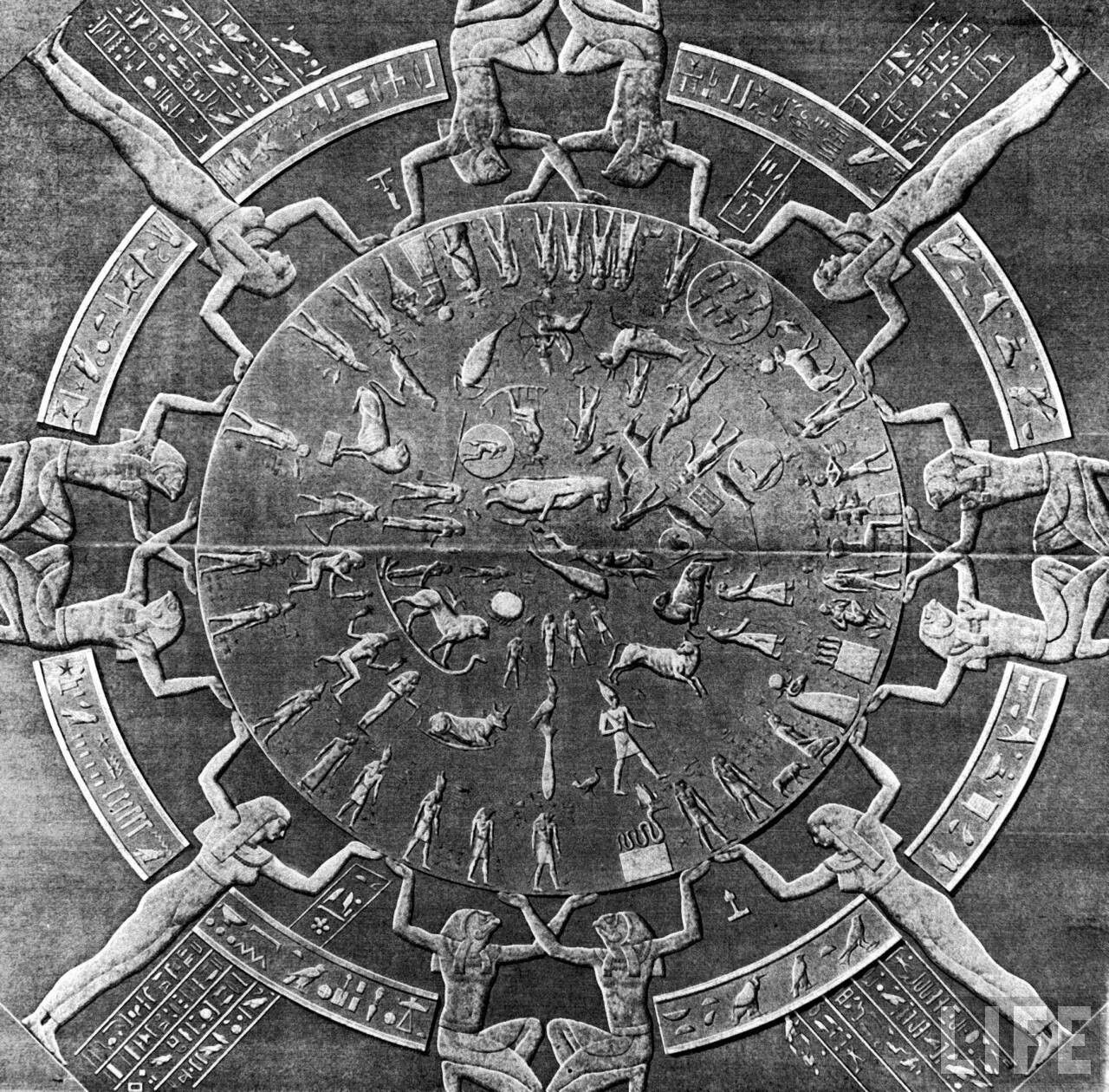 The Dendra Zodiac - Ancient Egyptian Artifacts - Egypt Tours Portal The beautifully carved sandstone slab of Dendera which was located on the chapel of Osiris at the temple of Hathor at Dendera complex. It contains a map of the sky featuring the signs of the zodiac and symbols representing the 360 days of the ancient Egyptian calendar. In 1820, it was removed from the chapel and moved to Paris, it is now located at the Musee du Louvre.

The artifacts of ancient Egypt is without compare as they reflect the beautiful wild imagination of the ancient Egyptians and their incredible artistic sense.

The artifacts can be located in all the majestic cities in Egypt like Cairo, Alexandria, Luxor & Aswan and the best way to explore such mythical heritage is boarding a Nile Cruise through our Egypt travel packages.

Here are some of our Egypt tours & Egypt Nile Cruise, if you prefer to enjoy a magnificent journey in the Land of Pharaohs, explore the treasures of Egyptian Pharaohs in lower and upper Egypt, spend recreational time in best resorts like Hurghada, Sharm El Sheikh, Marsa Alam and other Egypt resorts. Get your experience with JOURNEY TO EGYPT to enjoy “A Trip to Remember”. 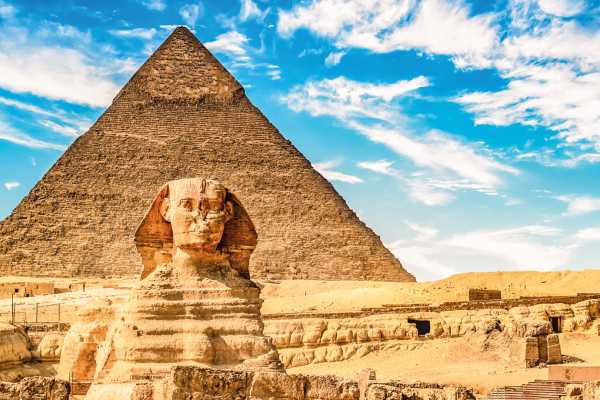 Egypt travel packages and Egypt classic tours combining a visit to Cairo with Nile Cruise Holiday, And Or a few days on the Red sea. The River journey between Luxor and Aswan, the southern most navigable point on the Nile, can be a most romantic experience, whether you charter a Felucca with crew, or travel in on one of the many Floating Hotel Cruise Ships. 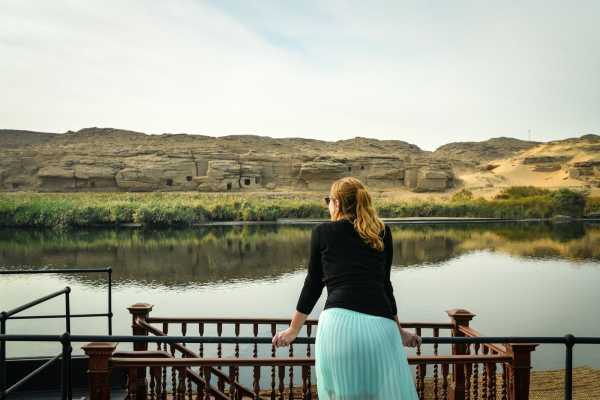 If you’ve ever dreamed of exploring ancient Egypt longed to follow the footsteps of the Pharaohs or imagine the Desert sun setting over the Emerald Nile you’re ready to step aboard a Nile river cruise. For over 5,000 years The Nile has been the lifeblood of Egypt and there is simply no better way to experience that wealth of Egyptian history, culture and architecture than on a Nile river cruise. 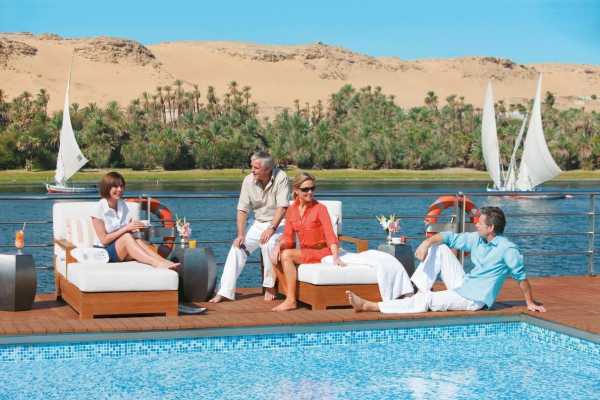 Cruise the Nile River for four nights on a Luxury Nile Cruise, explore an ancient pyramid from the inside out, gain exclusive access to the tombs of the Pharaohs , sail the Nile in a felucca and view Cairo’s treasures.