Hathor, in ancient Egyptian religion, goddess of the sky, of women, and of fertility and love. Hathor’s worship originated in early dynastic times (3rd millennium BCE). The name Hathor means “estate of Horus” and may not be her original name. Her principal animal form was that of a cow, and she was strongly associated with motherhood. Hathor was closely connected with the sun god Re of Heliopolis, whose “eye” or daughter she was said to be. In her cult centre at Dandarah in Upper Egypt, she was worshipped with Horus. 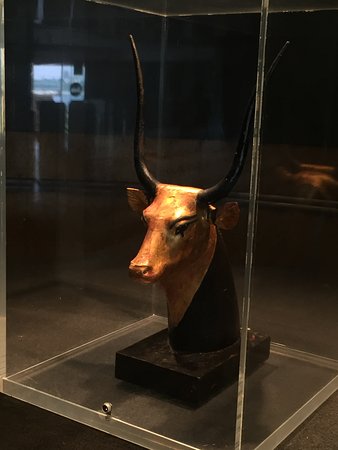 There were cults of Hathor in many towns in Egypt and also abroad, for she was the patroness of foreign parts and of many minerals won from the desert. In the Sinai turquoise mines, for example, she was called “Lady of Turquoise.” At Dayr al-Baḥrī, in the necropolis of Thebes, she became “Lady of the West” and patroness of the region of the dead. In the Late Period (1st millennium BCE), women aspired to be assimilated with Hathor in the next world, as men aspired to become Osiris. The Greeks identified Hathor with their Aphrodite.