The Afterlife and Judgment

One of ancient Egypt main ideologies was the afterlife. They believed that the soul is immortal and the earth was only part on a larger journey. They believed that the soul consists of nine-part that was part of one earthly existence and at death, the Akh (Transformed-self), As recorded in the book of the dead, Would be met by the god of death Anubis and guided to their final resting place the hall of truth and wait their turn for judgment. And when the right time comes, Anubis would lead the souls to stand before the scribe of Thoth and Osiris in front of the golden scales where the Goddess of Harmony and balance Ma’at would be present, surrounded by the forty-two judges who would consult with the gods to determine every soul’s fate. The Egyptians chose to preserve their body using mummification if the soul chooses to return from death and visit earth. 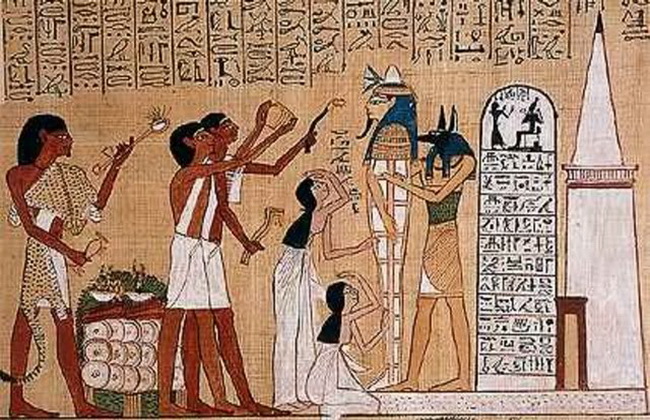 The process of judgment begins with the heart of the soul, handed to Osiris who place it on a great golden scale balanced against the white feather of Ma’at (the feather of truth). If the soul’s heart was found to be lighter than the feather and the gods and the forty-two judges agreed then the soul was justified, the soul was allowed to move on to heavens called the Field of Reeds (The place of purification and eternal bliss) by boarding the ship of Ra through the dark underworld and If the heart was heavier than the feather, it would be thrown on the ground, then It will be eaten by the monster god Ammut who has the face of crocodile and the back of a rhinoceros Known as “the Gobbler” and the person’s soul would cease to exist.