The City of Cairo

The city of Cairo has acted for an infinite time as a guardian and a center for culture, art, and beauty. It is quite famous for being the capital of Egypt, and the largest metropolitan area in Africa, The Middle East, the Arab world, and the 15th largest in the world. The city occupies an area of about 528 square kilometers in northern Egypt, 120 km (75 mi) west of Gulf of Suez & Suez canal, 165 km (100 mi) south of the Mediterranean Sea and lies on both banks of the Nile River near the Nile delta. Through history, there was always a capital for Egypt but the Cairo we know today was founded in 969 CE by the Fatimid dynasty where it became the heart of the region’s political and cultural life. The city became known as “the city of a thousand minarets” due to the numerous mosques, castles, and churches located within it along with the world’s second-oldest institution of higher learning Al-Azhar University and the home of the headquarters of the Arab League. In the heart of Cairo lies the sound the freedom the Tahrir square and the house of magic the Egyptian Museum that many artifacts and monuments dating back to the 26th dynasty. The city is the headquarters of the government and the core of all sectors of financial and political control. Also, it holds the biggest mass media center and production of film & music in the Middle East, many culture centers, museums, artistic institutes, sports clubs, and universities. Its climate is quite different as it has 8 months and summer and 4 months of winter, that’s why from November to April is the best time to check it out. The city is the home to 9 million residents who provide a super busy environment.

What Does Cairo Contain? 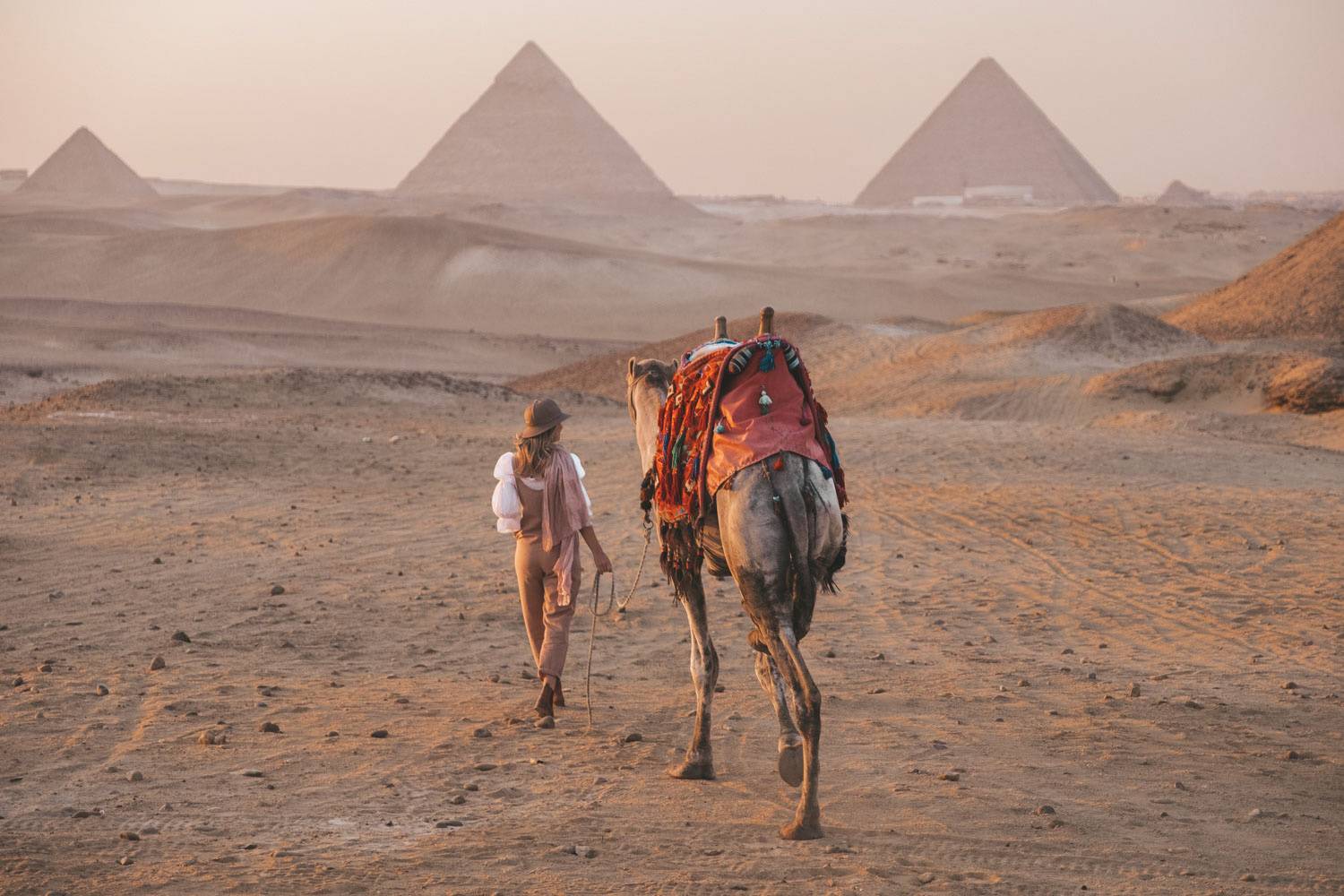 The city is most famous for containing the famous Giza Pyramids Complex that holds one of the Seven Wonders of the World the Great Pyramid of King Khufu, the world’s oldest and biggest statue the Sphinx and the house of mummification the Valley temple. The city’s location has witnessed many important events as 24 km from Cairo lies the ancient capital of Egypt ‘Memphis” during the new kingdom (2686-2181 BC) and within the city 2000 years ago used to lay the fortress of Babylon which later became the center of the Orthodox community in the late 4th century AD and many churches were built around it on the route the holy family took through Cairo like the infamous Hanging church. The true history of the city started in 641 BC when Amr ibn Al-as conquered Egypt and constructed the new Islamic capital of Egypt Al-Fustat north from the ancient fortress of Babylon. From this point, a series of spectacular immortal constructions took place in the city like the Mosque of Ahmed Ibn Tulane in 878 BC. In 970, during the rule of the Fatimid dynasty, a general by the name of Jawhar established a new city called Al Qahirah (Cairo) which became the official capital of Egypt after the destruction of the city of Fustat by flames in 1168 during a battle against the crusaders and the magical Khan el Khalili Bazaar. During the 11th century, Egypt became under the rule of Salah El-din who transformed the city into an imperial metropolis and constructed the powerful Cairo citadel. In the modern era at the beginning of the 19th century, a man by the name of Muhammed Ali sought to regain Egypt’s beauty to its former glory. He constructed the Mohamed Ali Mosque which is of Cairo’s most enchanting moments.

Q-What are the Must be Visited Places in Egypt? A-The entire country of Egypt deserve to be seen with its every heavenly detail but there are places that must be seen such as the breathtaking Hurghada's red sea, The wonders of Cairo the pyramids of Giza, the great sphinx, the Egyptian Museum, Khan El Khalili, the wonders of Luxor like Valley of the Kings, Karnak and Hatshepsut temple and the wonders of Aswan like Abu Simbel temples, Philea temple, Unfinished obelisk and The Wonders of Alexandria like Qaitbat Citadel, Pompey's Pillar and Alexandria Library.


Q-What are Egypt's Visa Requirements? A-If you want to apply for a Visa On Arrival that lasts for 30 days then you should be one of the eligible countries, have a valid passport with at least 6 months remaining and pay 25$ USD in cash, as for the E-Visa for 30 day you should have a valid passport for at least 8 months, complete the online application, pay the e-visa fee then print the e-visa to later be presented to the airport border guard. You could also be one of the lucky ones who can obtain a free visa for 90 days.


Q-Evening entertainment on a Nile Cruise? A-Most Nile Cruises have a bar or lounge and will host a galabiyya party, where all are encouraged to dress in the traditional Egyptian men’s robe (sold onboard). Some boats feature local musicians.