Winter is coming soon in Egypt, and both locals and tourists are gearing up for long weekend getaways away from the hustle and bustle of everyday life. While ‘The Land of Pyramids and Pharaohs’ can be best described as the storehouse of countless fairytales, it is world-renowned as the melting pot of different cultural festivals and events.

And with the country’s two biggest traditional fiestas just around the corner, get ready to take a sneak peek into ancient Egypt with these famous one-of-a-kind events— attracting thousands of travelers from different nook and corners of the world.

While the Abu Simble Sun Festival, on the 22nd of October, delights the visitors with an epic celebration of the King Ramses’ coronation, the famous Opera Aida is coming back at Luxor on 26 & 28 October. 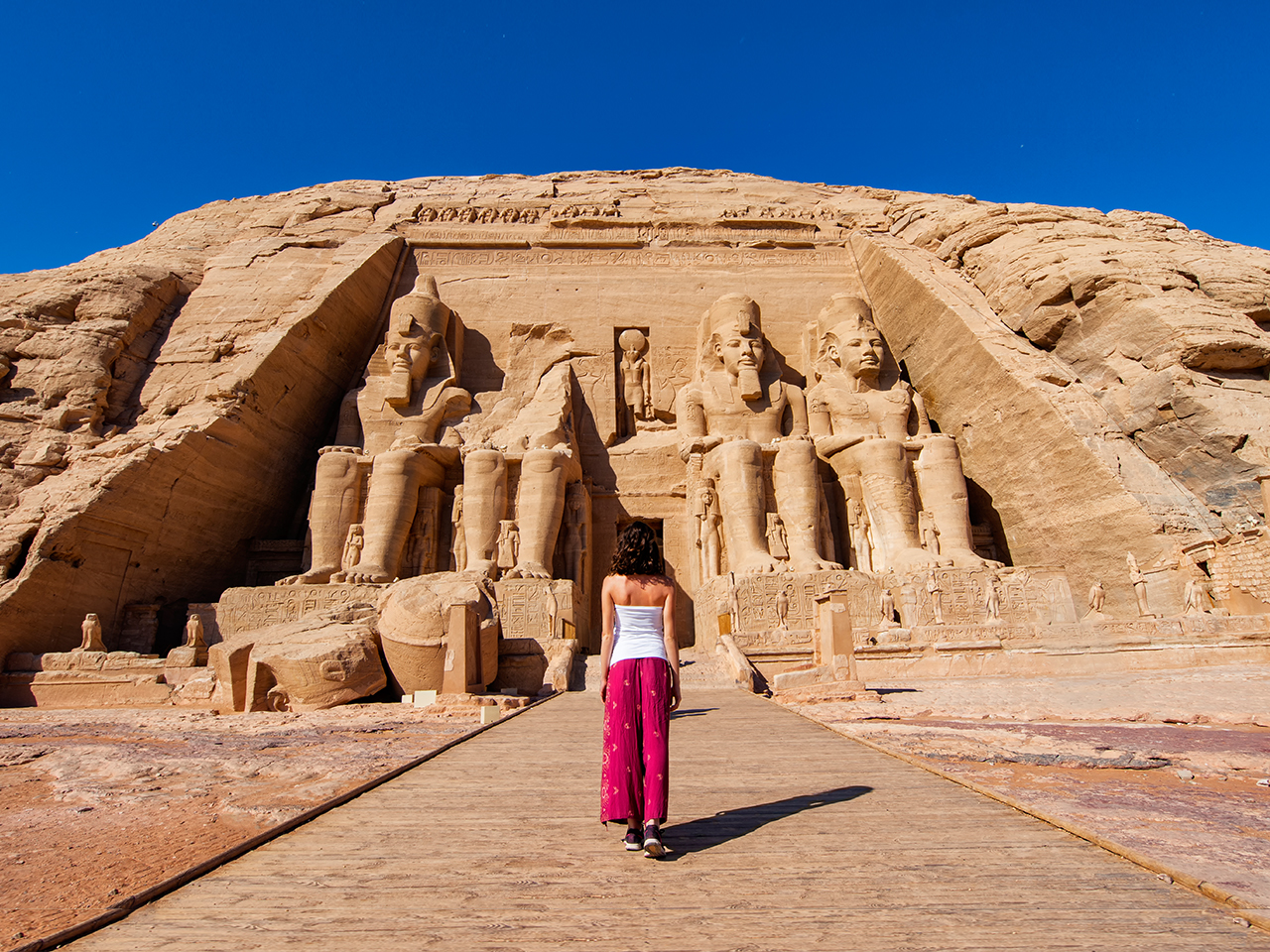 The 3000-year old Abu Simbel Temples are some of the most resplendent monuments in all of Egypt and around the world and are well-known for its four colossal statues. Nestled on the banks of the Nile River, the sun temple where the festival takes place, is carved straight into the sandstone cliffs! Every year, the temple plays the venue for the Sun Festival— on the 22nd of February and exactly eight months later, on the 22nd of October.

In fact, these dates are no random dates. King Ramses II specially built the temple based on an astrological phenomenon that occurs on the above-mentioned dates to ensure the sunlight would align where it was supposed to— on King Ramses’ face. Every year, holidaymakers from all over the world gather to lay testimony to this brilliant phenomenon and celebrate the ancient world. From early morning, the crowds start pouring in to watch the sunrise as the first beam of the rising sun slowly creeps through the Hypostyle Hall and through to the innermost sanctuary to illuminate the statues.

After a spectacular sight of the sun’s rays enlightening a dark chamber and shining its light on King Ramses II, visitors cannot only join the native Nubian dance but also relish live music and the ecstasy of trying delicious Egyptian food.

A classic four-act opera show performed with striking outfits, a histrionic climax, and above all a plot showcasing star-crossed lovers, Opera Aida is one of the longest-running operas that have captured the hearts of art enthusiasts from all over the world since premiering in 1871.

Welcoming an audience of 1500 at a go, the classic opera is set to return to Luxor for the three-day celebrations from 26th to 28th October. In fact, Aida will be performed at the mortuary temple of Queen Hatshepsut, which is a remarkable tourist destination by itself. This means we can expect a completely new setup and a different design compared to its performance in a typical Opera House.

What’s more; with an orchestra directed by Ukrainian conductor Oksana Lyni, the show is set to happen alongside the 150th anniversary of the Suez Canal’s opening, which will be a cherry on the cake for the visitors.

Written by the famous Italian opera composer Giuseppe Verdi, ‘Opera Aida’ narrates the story of a forbidden romance of two star-crossed-lovers— Aida, an Ethiopian slave, and Radamis, the Commander of the Egyptian Army against a backdrop of war. And when the latter is elected to lead Egypt in a war against Ethiopia, the opera revolves around Aida and her personal struggle of following her love for the commander and her civic duties towards her country.

To complicate matters, Princess Amneris — The King’s daughter `is also in love with Radames. The story reaches a new turn when Aida turns out to be the daughter of the Ethiopian king – who will be battling against Radames in the war. While their love is tested exhaustively throughout the Opera, the story is a true roller coaster of emotions expressed through Verdi’s influential music.

All in all, Opera Aida is a theatrical show that lays limelight on an ostentatious political spectacle, which not only pushes nations into war but also changes the fates of hundreds of inhabitants at a whim. To not spoil the climax for you, “Aida” will have a happy ending — with a strong message that there’s always a way out no matter how hopeless the situation is! In fact, the opera is ended, aptly, by the character who changes the most during the course of events – the Egyptian princess Amneris, addressing the audience but most of all to herself: “Peace!” A poignant appeal that holds a profound significance in the ambiguous world that surrounds us.